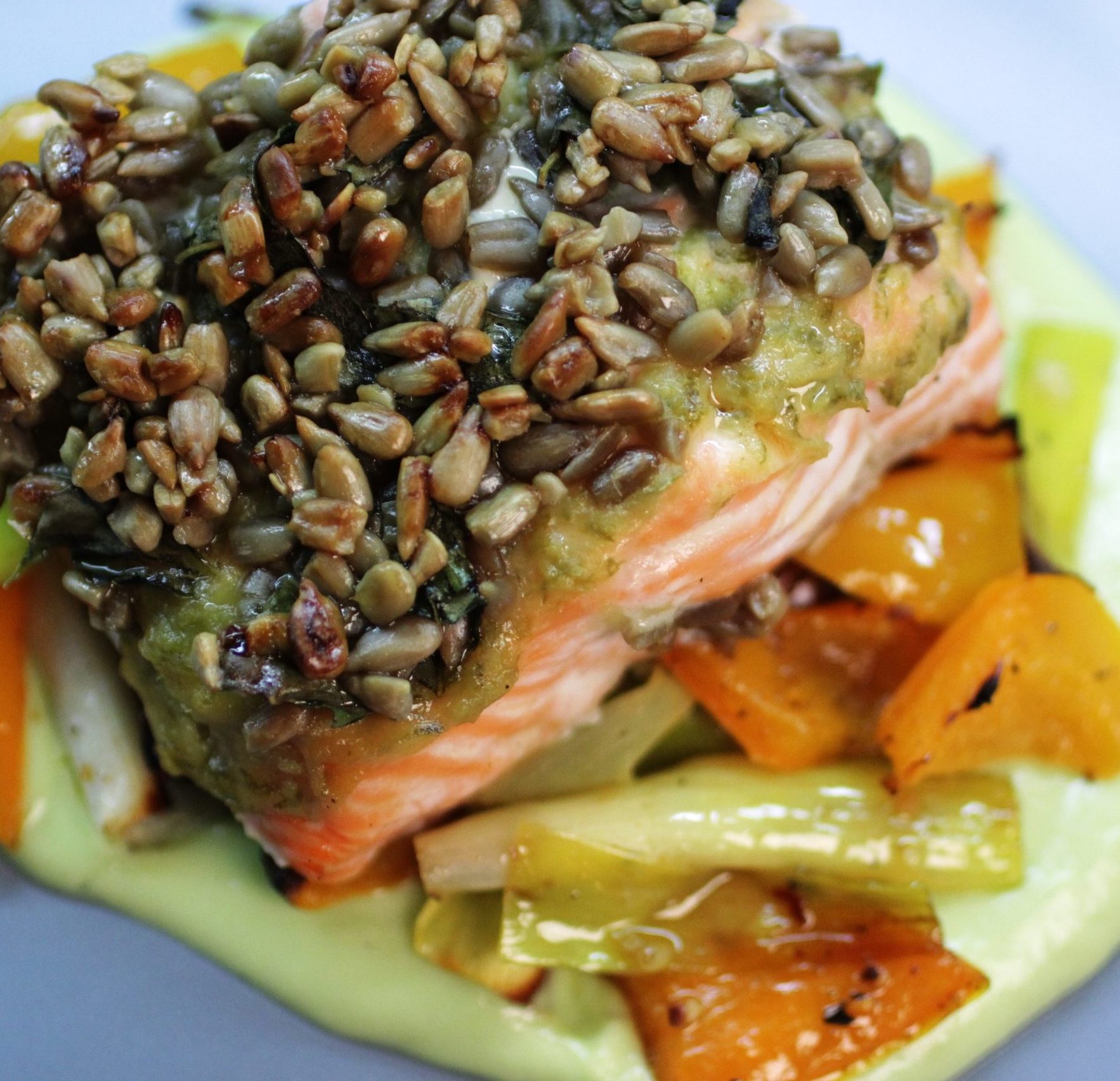 SUNFLOWER SEEDS: Sunflower seeds are packed with nutrients, including iron, zinc and significant amounts of vitamin E, which is a known antioxidant. Antioxidants are molecules that transform highly reactive, carcinogenic ‘free radicals’ into harmless products. As such, some studies have found that vitamin E is linked to a decreased risk of cancers.

SALMON: Did you know that the most prevalent nutritional deficiency in Western countries is a low intake of omega-3 polyunsaturated fatty acids? Omega-3 fatty acids play an important role in the prevention of numerous chronic diseases due to their anti-inflammatory properties. Omega-3s are found in fatty fish, such as trout and salmon, as well as plant foods, such as chia seeds and walnuts.